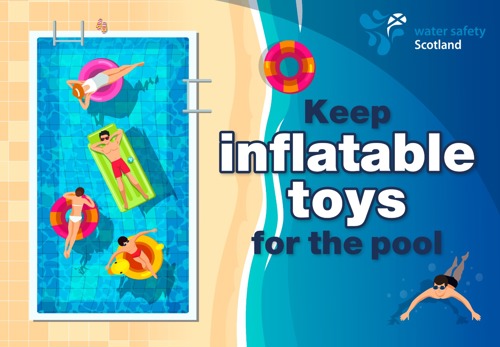 Scotland's Drowning Prevention Strategy (SDPS) notes that 54% of accidental fatalities happen at the coast. Inflatables are an increasing issue in Scotland.  For example, RNLI have attended 80 callouts in Scotland since 2013 due to inflatables alone.

Fatalities have been recorded across other parts of the UK.

Inflatables are not well suited to the coast as strong currents can rapidly sweep inflatables to sea. Additionally strong winds can blow the inflatables out to sea.

Leave inflatables at home or at the pool.

Infographics can be downloaded below: